Looking at the economy now – so what 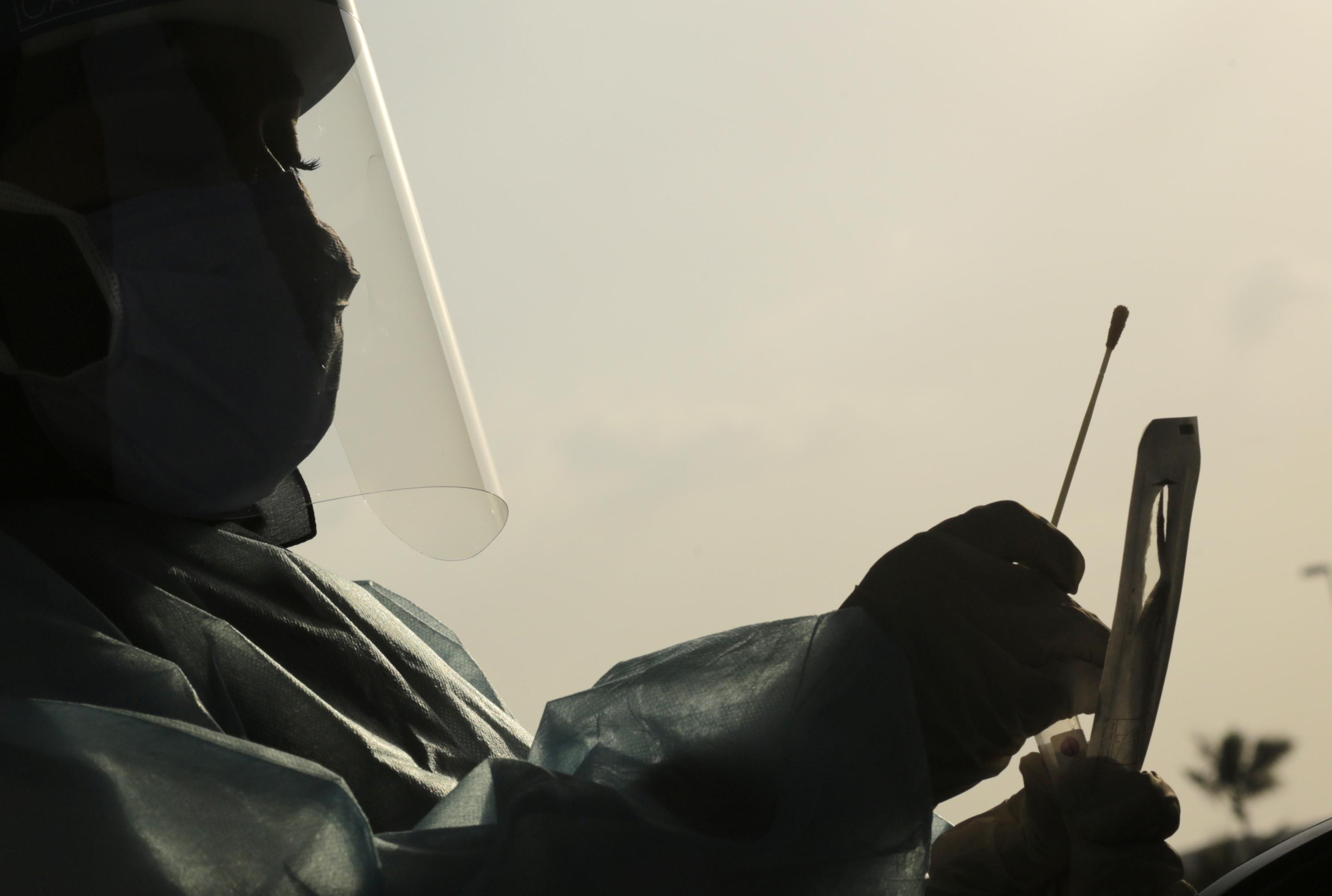 FRANCOIS SULTANE shares its seventh monthly column on arts and culture in collaboration with Malta weatherin which it presents a set of must-see international exhibitions highlighting the art of women.

Last month I said how thrilled I was by the American and British pavilions in Venice, showing the work of Simone Leigh and Sonia Boyce. The black female voice, so long suppressed in art history, is alive and well. Everywhere in Venice, the myriad of female voices, from all walks of life within contemporary art, is more than ever an essential element of our cultural dialogue throughout the world.

Whether it’s a conversation about the role of women in society or politics or a general comment on the female perspective, I for one am delighted that in London at the moment there is has several ongoing exhibitions showing the work of the most exciting female artists, whose work has continued to push the boundaries over the past decades.

Artist Lubaina Himid is on display at Tate Modern until July 3. An artist with a powerful and poetic voice, Himid was an influential figure in black British art in the 1980s and won the Turner Prize in 2017. The Tate Modern presents Himid’s largest solo exhibition to date, incorporating new paintings and important highlights from his remarkable career.

Drawing inspiration from the artist’s interest in opera and his training in theater design, the show unfolds through a sequence of scenes asking questions about our built environment, our history, our personal relationships and our conflicts and how they shape the lives we lead.

Everyday objects, texts and sounds as well as a series of installations engage the viewer in their narration. As the artist says, “I always thought my work started when people could see it. For me, nothing begins until then.

Throughout the exhibition, Himid’s fascination with pattern is evident, no doubt due to her mother’s career as a textile designer.

Louise Bourgeois is another major artist heavily influenced by her family’s textile restoration business. Within a few more weeks, I urge you to go to the Hayward Gallery and see Louise Bourgeois: The Woven Child – the first major retrospective of this legendary artist to focus exclusively on the works she made with fabrics and textiles during the last years of her career.

View of the exhibition ‘Louise Bourgeois: The Woven Child’ at the Hayward Gallery in London. Photo: Mark Blower

The exhibition focuses on the mid-1990s until Bourgeois’ death in 2010 and addresses identity, sexuality, family relationships, healing and memory. In his own words, the artist called “the magic power of the needle…to repair the damage” and offer “a request for forgiveness”. Like Himid, Bourgeois created a range of sculptures using everyday household objects and textiles, including clothing, linens and fragments of tapestry. Comprising around 90 works, one of the most notable pieces is the monumental Cellules de Bourgeois, in which hanging configurations of old dresses, slips and nightwear allude directly to his personal history.

In the exhibition, many figurative sculptures lack limbs and heads or have fantastical bodies reminiscent of disturbing fairy tale characters.

Cornelia Parker’s first major exhibition in London opens at Tate Britain on May 18. Like Himid, Parker first came to prominence in the 1980s with his large-scale suspended installations. Cold dark matter: an exploded view (1991), which shows a garden shed frozen at the moment of the explosion, remains one of the most compelling pieces I have seen in decades.

Like the other artists featured in this month’s column, Parker uses all sorts of found and everyday objects with which to create his works which are immersive, questionable and span multiple media, from sculpture, film and photography to design.

Parker manages to turn the ordinary into the extraordinary. His most recent work Crisis unit (2015) is a coin-sized work created from the reams of perforated red paper negatives left over from the hugely successful Royal British Legion Memorial Poppies. Magna Carta (an embroidery) 2015 is a 13-meter-long hand-stitched embroidery of a Wikipedia page, which involved more than 250 volunteers, including public figures, human rights lawyers, politicians and prisoners.

Like her fellow artists, Parker mixes societal and political commentary in her work, and in 2017 she was the first woman to be named an official artist for the UK general election.

Stay tuned for the next monthly cultural column in June. If you want to find out what I do each month, follow me on Instagram @francis_sultana.

Independent journalism costs money. Support Times of Malta for the price of a coffee. 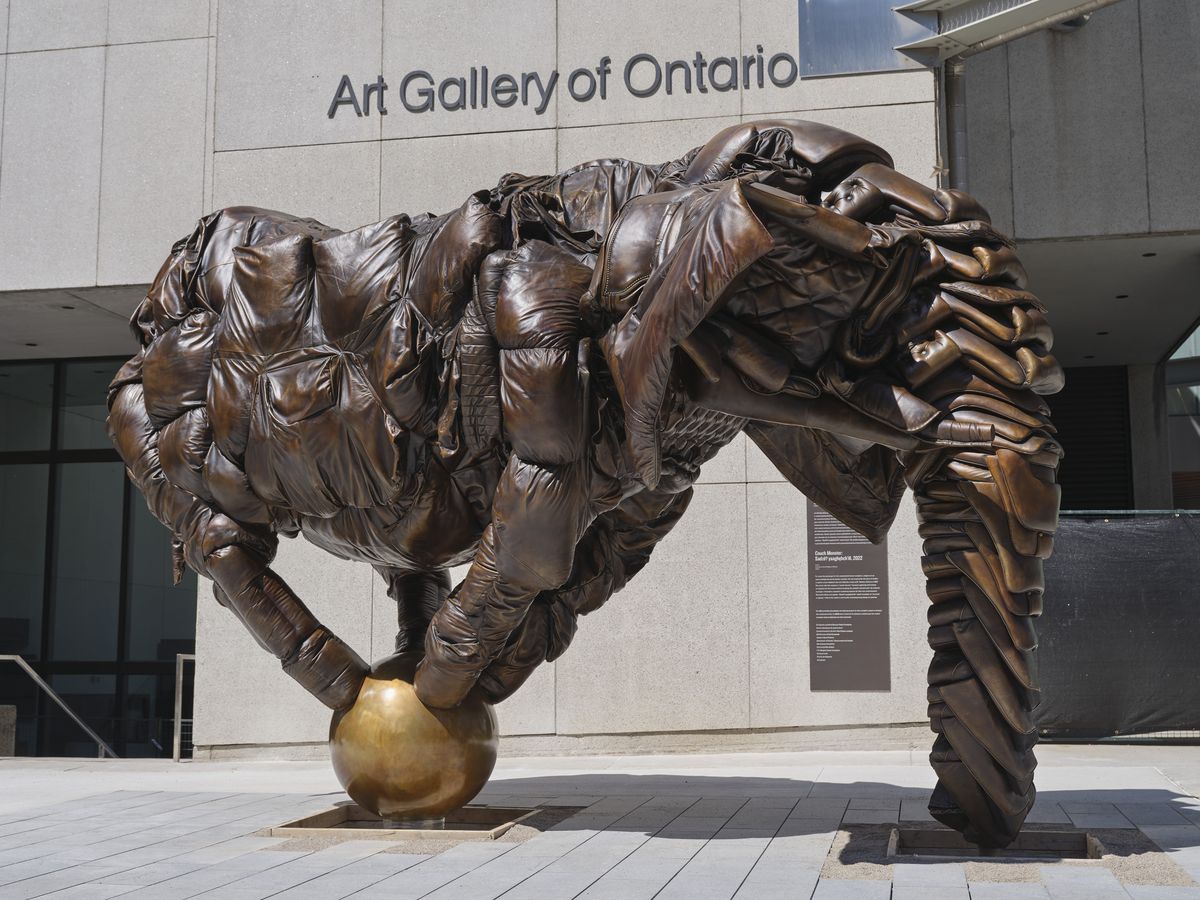 Dubbed “Couch Monster,” the sculpture is the first large-scale work in bronze by contemporary British …